Many people want to get in shape with boxing but aren’t aware of their weight class. If you’re one of the many people asking yourself “How To Know My Weight Class In Boxing” we’re here to explain how weight classes function, including upper and lower limitations, the significance of catch weights, and more.

HOW DO BOXING WEIGHT CLASSES WORK? 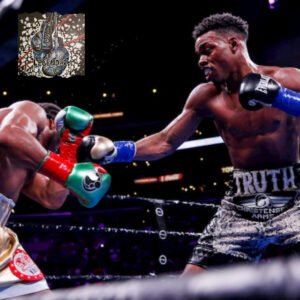 Boxers are classed by weight. They make confrontations between comparable-sized and-aged fighters fairer. Older fighters can go up in weight class since it’s harder to lose weight, bone density increases, and muscle mass is maintained.

Each classification has upper and lower limitations, except for the heavyweight class, which has no upper limit.

There are conventional and ‘tweener’ categories, some of which have existed for decades, and others, such as the bridge weight class, which fits between cruiserweight and heavyweight, being relatively new.

WHAT ARE BOXING’S WEIGHT DIVISIONS?

HOW DO BOXING WEIGH-IN RULES WORK?

Typically, weigh-ins occur the day before a fight. Two athletes are weighed to ensure they don’t exceed the catchweight limit.

Due to their stature and weight advantage, boxers may shed a lot of weight in the days and hours before a fight so that most of it is water loss and can be readily regained the next day.

Fighters may even strive to be weighed without clothing to come in just under the limit.

Some regulatory organizations, including the IBF, forbid competitors from gaining more than a specific amount of weight in the hours following a fight. Occasionally, after a couple of hours, combatants are allowed more time to make weight on their second attempt.

WHAT IS A REHYDRATION CONDITION?

Because competitors may experience considerable weight loss due to dehydration to meet the weight restriction, they may gain 10 or more pounds before the bout begins.

This is undesirable for several reasons. Extreme dehydration can expose a boxer to long-term health hazards throughout his career and can leave him unable to fight effectively the next day, putting him in danger of damage. Even if someone is healthy after being rehydrated, his weight gain may be considered unfair by competition or regulating the body.

WHAT DOES CATCHWEIGHT MEAN?

Catchweight allows for alternative weight limitations to be agreed upon between combatants. There are several methods and causes for this to occur.

An example would be making a battle between two fighters who are hesitant to go up or down in weight class to face a certain opponent, with the other competitor similarly refusing to move in the opposite direction. For instance, a light-heavyweight at 175 pounds may feel uncomfortable reducing seven pounds to face a super middleweight, and a fighter at 168 pounds may not want to try a further seven-pound gain. Then, they may agree to compete at 171 lbs, which is not a formal division limit but would allow them to modify their weights less radically.

Catchweight can also be agreed upon to rescue if one of the competitors fails to make the predetermined weight. If a lightweight competitor weighs in at 136 pounds or more, he may incur a financial penalty and forfeit any championship at stake. A catchweight of 136 lbs may be used if both participants want to perform. 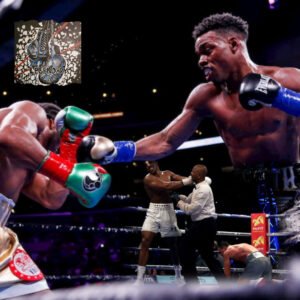 A boxer may want to compete in a conventional weight class, but only if his opponent agrees to a non-traditional weight limit. This may be because a boxer with a smaller physique does not want to give a taller opponent a weight advantage. A pair of welterweights may agree to fight at 145 pounds, for instance.

Are you interested in getting in shape with our Legendary Boxing club? Don’t contemplate any longer! Contact us at (708)665-2623 immediately for assistance and info on Boxing Drills For Beginners and adult boxing classes near me.